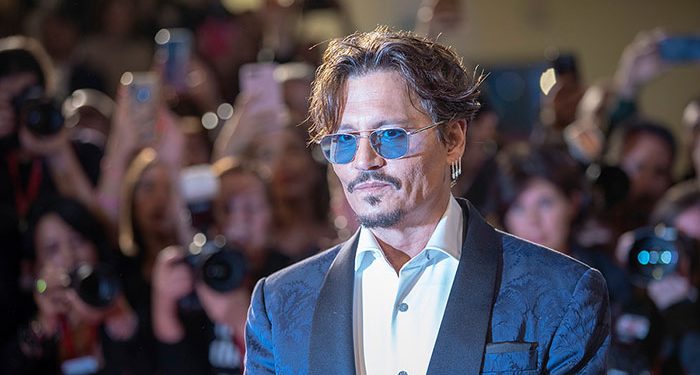 Johnny Depp made an Instagram a few days back, where he stated that he had been asked by Warner Bros to resign from the cast of the studio’s Fantastic Beasts film. Warner Bros. came out to confirm Depp’s statement while thanking the star for his contributions so far on the franchise.

This move came as a surprise to many. The studio and its high-profile backer, J.K Rowling, had supported the actor all through the controversies surrounding his embattled marriage to Amber Heard. Despite pressure from fans and critics for Depp to be dropped from the cast of the movie when Heard came out to say the actor repeatedly had physically and verbally abused her, Warner Bros. stood its ground.

The studio had released a statement saying that it was comfortable sticking with Johnny Depp as a major character in the movies. What changed between then and now? Many factors must have intertwined to make the studio come to its recent decision.

A UK judge had few days dismissed Depp’s defamation claims against the publisher of a UK tabloid The Sun, which had called the actor a “wife-beater.” Judge Andrew Nichol said he accepted Heard’s testimony, which was detailed and painted Depp as an abuser. There were really no new revelations during the court proceedings from what Heard had said in 2016. Still, it was the one factor that heralded the studio’s decision.

The ruling became a PR headache for the studio because it allowed other media outlets to depict the star in such similar terms without facing legal action. Once the judge reached his decision on the widely-followed, Warner Bros. knew the time had come for it to cut ties with the actor, Hollywood Reporter writes.

Depp was also engaged in another defamation case with his former wife in Virginia. If the actor had remained a part of the Fantastic Beast, his shooting schedule would have been disruptively impacted. A judge on the case recently ruled that Depp must be present in-person for the deposition that will happen three consecutive days in November. This break in its shooting plans is what Warner Bros. may be trying to avoid for a movie whose release schedule had already been impacted by the coronavirus.

Yet another reason why Warner Bros. decided to pull the plug on Depp might be the poor outing of the last released movie in the five-film franchise. While the first installment of the franchise grossed more than $800 million, the second movie, The Crimes of Grindelwald, took a steep decline to bring in $654 million in a film where Depp was cast as the infamous dark wizard Gellert Grindelwald. It was the lowest so far in any of the studio’s “wizarding world” films.

While The Crimes of Grindelwald was doing poorly in the theatres that year, Aquaman, on the other hand, coincidentally starring Depp’s former wife Amber Heard, was pulling in the numbers. It became the highest-grossing adaptation of a DC comic ever.

Another reason would be the involvement of AT&T. AT&T merged with Time Warner, Warner Bros.’ parent company, and it has adopted a strict aversion to controversies around his casting stars. Rowling was also caught up in controversy this summer when she questioned transgender identity. It caused fans to take a good look one more time at a franchise they’ve come to love. Warner Bros. came out to douse the tension by encouraging inclusiveness and diverse culture.

With so many controversies surrounding major players in the yet to be released movie, it was apparent that something had to give way to prevent the franchise’s flop. This time it had to be Depp.

Although he had only shot one scene before he left the franchise, as an A-list star, Depp would be getting his full salary, as is common with stars of his caliber who sign a pay-or-play contract requiring them to be paid in full whether the film is recast or eventually made.