Lizzo Defends her Detox Diet Programs, Says Every Area of Her Life Has Improved 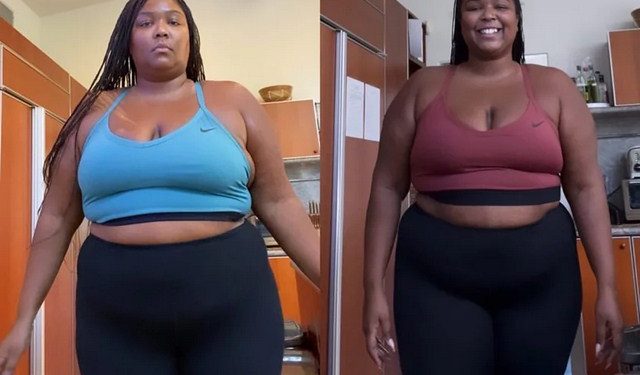 American singer and songwriter, Lizzo, has come under a lot of backlash from online users after being accused of promoting a detox diet. However, the singer has responded to her critics, saying every girl who’s on the big side could do whatever they wanted with their bodies.

Using her Instagram and TikTok accounts, Lizzo had shared her 10-day journey on a smoothie diet. She said she decided to opt for the detox program after binge-drinking and eating while in Mexico.

She took her online community through what she ate and drank during her detox program. Her diet consisted of green smoothies, alkaline water, vegan protein bars, nuts, and supplements. She shared that the first six days were the most challenging period for her during the journey, which affected her mentally.

She explained that she was never starving during the program, just that she wanted to eat to kill her stress and do things that weren’t to her benefit health-wise. Furthermore, she said that by day nine and ten, she was feeling fantastic. According to Lizzo, it was necessary to overhaul one’s system once in a while. She said she generally felt great after her experiment with the program.

However, the videos shared by Lizzo were not without criticism from her followers, who criticized her for promoting the diet culture using detox. While some commenters said Lizzo is doing the opposite of what she had always preached about – body positivity, others said she was provoking those with eating disorders to follow suit.

Not one to be bullied into taking a popular stance, Lizzo defended her actions to opt for a detox diet. She said she was not afraid to post about her detox program because, contrary to widely held notions about people on the big side, not everything they did was about losing weight. Sometimes, they do it for their overall health.

She said she was only feeling unhealthy after resorting to habits that were not healthy for her. Therefore, she had to switch to a vegan diet and adopt a new workout program. She explained that her unhealthy eating habits during November stressed her out, and she had to do something about it.

She announced that she feels so much better now after her detox program, and she was proud of herself. Lizzo, whose full name is Melissa Viviane Jefferson, stated that every area of area life had improved since her detox journey, including her sleep, hydration, mental health, and body.

Nigerian Authorities Say They Know the Location of 337 Kidnapped Students

Activision Blizzard to Bring All of Its Franchises to Smartphones