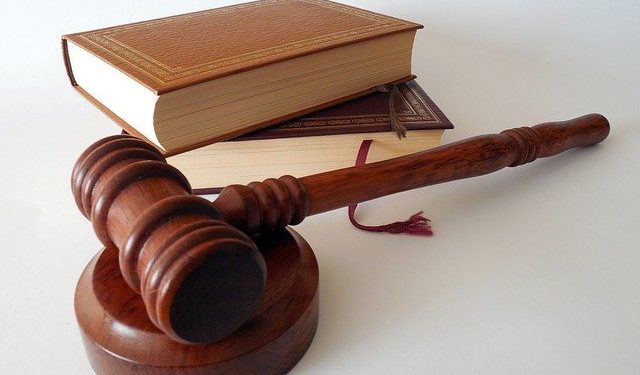 Former Trump lawyer, Sidney Powell, is not giving up anytime soon as the attorney just filed another lawsuit in Georgia, alleging widespread voter in the 2020 presidential outcome. This massive fraud, she alleges, changed the outcome of the election to favor President-elect Joe Biden, Fox News reports.

The lawsuit has lots of Georgian political figures named as defendants, including Georgia Gov. Brian Kemp, Secretary of State and Chair of the Georgia State Election Board, Brad Raffensperger, and many other defendants.

The lawsuit alleges that a series of constitutional requirements were violated in the course of the election. It cites statements and reports from expert sources, witnesses, stating that statistically, most results churned out were not possible and that thousands of votes were called for Biden. The lawsuit said the vote count was skewed from the onset to favor Biden.

In the lawsuit, Powell said there was no clause under the law that could be applied to correct the flaws of the election. Therefore, she prayed the court to dissolve the results of both the presidential and congressional elections held in the state. In election results certified by the State of Georgia on Friday, Biden won President Donald Trump by 12,670 votes.

An important aspect of the lawsuit was the claim by Powell that election software designed by Dominion Voting Systems Corp was used to defraud voters. She claimed the software was designed in such a way that forensic audit cannot be carried out in the event of vote manipulation.

The lawsuit asserts that there exists physical evidence to show that the voting software was hacked and that the machines were connected to the internet, a procedural error that was against state and federal election laws, the Hill writes.

Georgia first ordered the software from Dominion in July of last year. However, the controversy around the software was stirred up when the then governorship candidate of the Democratic Party, Stacy Abrams, asserted that the software could be tampered with. Texas had in 2018, rejected the software when it found out that hackers could breach the system without detection.

However, a representative from Dominion has since called the allegations baseless. One of the faults associated with the voting software, according to the lawsuit, was the barcodes, which could disregard voters’ ballots while also connecting to the internet without the authorities having any knowledge of it.

Again, one of the many voting irregularities from the State of Georgia was the emergency rule its State Election Board announced in April. The rule allowed ballots cast in the absence to be processed weeks before the election. The superintendent in charge was also allowed to access the outer envelope. On the contrary, the state law does not give such authorization except on Election Day.

There were also affidavits from the Republican monitors in the state who said independent verification could not be carried out on the accuracy of recounts in the state. In some counties, observers said the recounts were done by machine instead of by hand.

Eyewitnesses such as Affiant Carlo Silva, a Democrat, said votes in favor of Trump were called in for Biden. The lawsuit claimed that poll watchers were not allowed to observe the process to ensure fairness. Powell asked the court to decertify the results of the election while also seeking an order to prevent the defendants from certifying absentee ballots and mail ballots that goes against election laws.

French Policemen Suspended, Caught On Video Beating a Black Man in His Studio