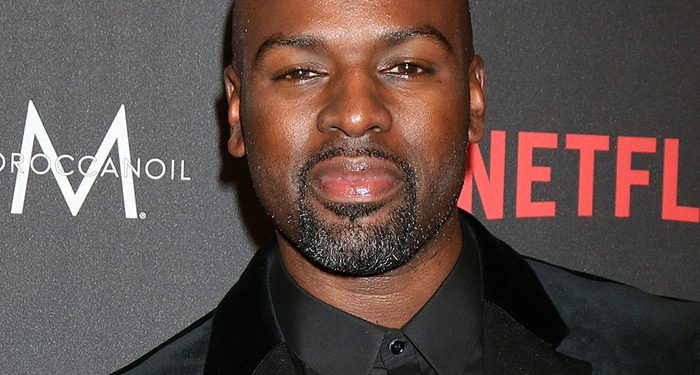 Last week’s episode of Keeping up with the Kardashians featured a drama between Kendall Jenner, Kylie Jenner, and Corey Gamble, Kris’ boyfriend that will be a talking point for quite a while, Daily Mail reports.

Kylie and Kendall got into a serious argument during a trip to Palm Springs. Trouble started when Kylie refused to allow the driver to drop off Kendall at the house, and Kendall accused Corey of cussing at her during the altercation. After the incident, nobody was ready to take the fall for how badly things went.

In her conversation with Kim and Kourtney, Khloe Kardashian said that things ended the way it did because Corey got involved.

“There was already tension at dinner,” Khloe, 36, said. “It was building up and building up, and I think it just boiled over, and that’s what happened. I think it sucks for everybody. Sisters can get over – I don’t know if you’re not a sister how easy that is to get over it.”

She said she felt terrible that their mom had to be in the middle of the scuffle due to the involvement of her boyfriend. Now, back in Los Angeles, Kylie was seen telling Kris that since the altercation, herself and Kendall had not spoken ever since People wrote.

“I think she thinks she’s right in the situation, and I think I’m right in this situation, so I don’t know,” Khloe said. “I think that the whole night got blown out of control and that it was a lot.”

Khloe blamed the communication gap between them as the cause of the fight and admitted that things got a little out of hand.

Kendall, 24, wanted to smoothen things over with Corey and discuss how things turned out the way that it did. Corey, on his part, also had the plan of giving out NBA tickets to Khloe as a form of appeasement. However, Kendall is left stunned at the way the conversation turned out.

“I feel like you were the adult in this situation, and you handled it very badly,” she said to Corey. Corey tries to explain how things went down before Khloe accuses him of yelling and cussing at her. She said he couldn’t apologize to her.

Things get more complicated when Corey, who won’t have Kendall talk to him in that manner, said she was “rude” and an “a-hole.”

“You’ve been a rude person for years,” Corey began. “You’re an a-hole when you feel like it, you get riled up for no reason. I’m about to tell you the truth about how you are. You don’t apologize for anything.”

Kendall was shocked at the lecture she was receiving from Corey and had her response.

Kris, who was at the center of the whole drama, said she hated “being put in the middle between my girls and Corey.”

After some days, Kendall told Khloe what had happened. She said she deserved an apology from Corey and was not entirely surprised that Kylie was yet to reach out to her. Khloe was surprised that the pair (Kendall and Kylie) were yet to end their squabble and have not spoken to each other since then. She said that she hopes the two get to resolve their differences.

Walgreens Names Starbucks COO, Rosalind Brewer, as its Next CEO

18-Year-Old Girl Dies of COVID-19 on December 26, Three Days after Contracting the Virus